a free radical is a bad radical

Cage the radicals and dial back the crazy 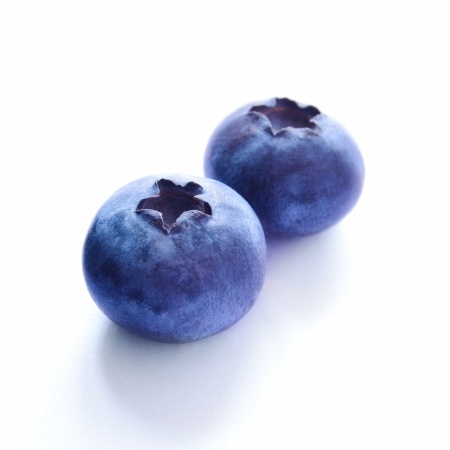 Free radicals have already taken their toll on Grandma’s brain. And I need to find help before she irrevocably impairs my sanity.

My mother committed my father when I was two. She took her life when I was 22. So when I made it to my 40s with a mere case of manageable depression, I thought I’d dodged the bullet.

But seven years down the caregiving road, I’m not so sure.

Lately I’ve been agitated a lot. I’ve been thinking illogically. Maybe even deteriorating intellectually. If I were one of those people who reads a series of symptoms then self diagnoses, I’d say I’m schizophrenic. But I know I’m not. My grandma is figuratively driving me crazy.

Over the weekend she announced she needed to go to the doctor for reasons I won’t elaborate on. (Let’s just say they are in no way life threatening.) So yesterday morning I dutifully called and made an appointment. When the receptionist told me they could see her at 1:30, my teeth clenched. I couldn’t get a driver that fast, and I was buried in work. But Grandma was downstairs throwing herself a pity party so I made the appointment. As I hung up the rest of the day flashed before my eyes. I took a deep breath then headed down to get her moving. I was agitated before I made it to the bottom stair.

The doctor visit kicked off with a shower, which Grandma had refused all weekend. Part of me said “it’s only 10:00 — this is not going to take three hours.” But the other part said “give yourself a break in between.” Once the ordeal was over and she was dried off and half-dressed, I told her I’d be back down when it was time to go. Then I rushed back upstairs to get as much work done as I could before phase two.

Of course Grandma called me an hour and a half before we left asking if it was time to go yet. And to tell me she’d have to have help getting her walker upstairs. And to ask me how far away the doctor was. I might as well have answered “we’ll leave for the pumpkin patch at Halloween o’ clock with the wheelbarrow.” But I still tried to make her understand. Finally I said, “I’ll come get you when it’s time to go” and hung up.

I tried to refocus on work, but before I could I’d jumped up and grabbed the blueberries out of the fridge. “Take that free radicals. Don’t have time for lunch. Are blueberries really going to keep me from turning into her? How late will I have to work to make up for this appointment?” Anybody listening would seriously doubt my ability to think coherently.

When it was time to go, I loaded Grandma in the car and headed out for a 30-minute drive in the blazing hot Kansas heat. I dropped her off at the ramp to the door. Pointed her to the elevator once we were inside. Checked her in at the front desk. Phase two was complete.

I’d barely sat down before I realized I didn’t have my phone, which I immediately went back for. By the time I got back, they’d already called her. I sat down and checked email, looked at blog comments and did everything else I could think of with my phone. The doctor had her history and Grandma was more than capable of describing her condition, so there was no need for me to join her in the crowded exam room.

But I only escaped temporarily. A few minutes later a big burly nurse opened the waiting room door and called my name. It felt like being summoned to the principal’s office. On the way to the exam room she told me they were waiting for a urine sample. Previous next-day drive-backs with a pee cup in a baggy flooded my mind. “She’s going to do it again,” I thought. Then it came to me — withholding urine is part of her plot to drive me insane!

For the next half hour I did everything I could to get her to go: begging, pleading, threatening to stay til she went, urging her to take more than tiny sips of water. Glaring. “You think I’m doing this on purpose, but I’m not,” she said in her most pitiful voice. “That’s exactly what someone who’s doing it on purpose says!” I yelled. When she started recounting her symptoms for the umpteenth time, I left the room.

Out in the hallway I sat down on a bench and  applied pressure to my temple. I would’ve killed for an Advil. I briefly considered leaving her in the waiting room and wondered whether Grandma abandonment was technically a crime.

While two of the nurses went back to break the news to Grandma, one stayed behind with me. “Is that a celtic butterfly?” she said, looking at the tattoo on my bare leg. “I’ve never seen one like that. How long did it take?” By the worried expression on her face I could tell she didn’t know whether to keep talking or run and bar the emergency exit.

Our tattoo small talk was interrupted when the other two nurses returned empty handed. “She won’t cooperate,” one said. “Welcome to my world,” I said wryly. “We see this all the time,” she added, “we feel your pain. I’m going to refer her to our home health nurse. She’ll visit to evaluate her situation then recommend some local agencies that can help her and take some of the stress off you.”

“Thank you so much,” I said. “I contacted the county a while back but I got nowhere.”

“It takes a while,” she said, shaking her head. “The home health nurse has some good contacts though. She’ll put you in touch with the right people.”

Was it possible? Could somebody really help me with Grandma? If you’d told me 20 years ago my definition of a good connection would be someone with the inside track at the local department of aging, I would have laughed in your face. But at this point caregiving assistance sounded better than any lucrative stock tip.

The nurse called today to arrange her visit and reiterated she’d follow up her evaluation with suggestions of potentially helpful agencies. I’m still skeptical. But for the time being the mere possibility gives me hope for getting further down the caregiving road without completely driving off the cliff.

This ultra-long post was brought to you by the Weekly Writing Challenge.

6 thoughts on “Cage the radicals and dial back the crazy” 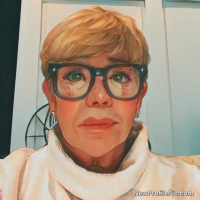